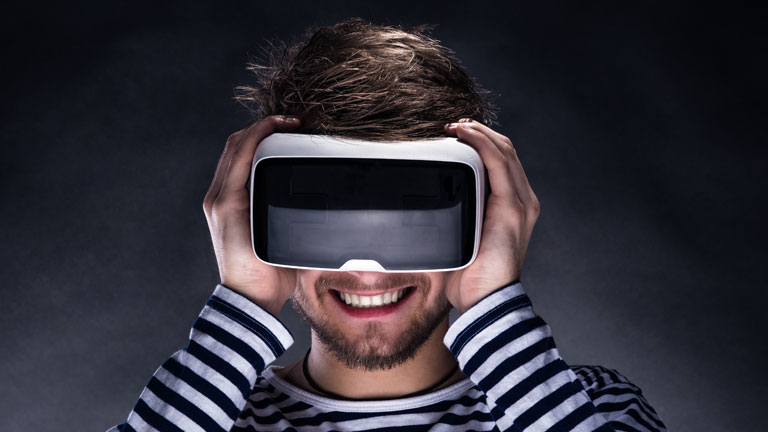 The Sudden Emergence of Augmented Reality in Mainstream Technology

AR (Augmented Reality) is defined by Google as “a technology that superimposes a computer-generated image on a user’s view of the real world, thus providing a composite view”. Whilst the concept of digital images overlaying reality has been around for a long time (though the term itself not being coined until 1990 by Thomas Caudwell, a former researcher for Boeing), augmented reality has only really entered mainstream media in the past few years. But it has done so rapidly.

One example of a fairly recent AR craze is that of Pokemon GO, whereby users of the game app could catch digital Pokemon superimposed onto the surroundings through the camera. In fact, Niantic Labs announced at Google Developers Day that it had been downloaded a whopping 650 million times which just goes to show the popularity AR can achieve. Not just for entertainment is this sophisticated technology being used; Google Translate also uses AR for practical and quick help with translation, where a person can simply hold a camera on something in a different language and have it translated for them within seconds. What these examples show us is that AR is suddenly emerging, in a popular, well-received way, no longer just for specialised technology companies but for everyone and anyone.

The reception of these apps by the public, as often occurs with new well-liked technologies, has sparked a race of sorts among large technology companies to create and release augmented reality programmes. One of particular note that has had news outlets buzzing about is Apple’s recently announced (at the World Wide Developer’s Conference) ARKit. As it would suggest by the name, the app intends to have digital images superimposed on a camera feed (of real-time). They even demonstrated this by showing a CGI cup on a table through the camera of an Apple device. Tim Cook (CEO of Apple) expressed large enthusiasm to the Independent newspaper, stating that AR is “huge” and “could improve a lot of lives and be entertaining”. Thus again practicality and entertainment purposes being at the front of the augmented reality discussion in popular culture.

It isn’t just Apple that is racing to join the clamour of AR technology for the masses, with companies like Microsoft and Google joining in too (such as Google’s endeavours to add more AR features to their Google Glasses). The company behind Snapchat, also an app the have proven highly popular for its AR aspects with its ‘filters’, Snap is preparing for its second iteration of Snap Spectacles which has been teased to involve augmented reality. It would appear then, that all of the main tech companies at the forefront of the public eye are trying to hop aboard the AR train.

Despite the extremely positive reaction AR apps have gotten, not everyone is quite so optimistic about the emergence of so much augmented reality technology for the public. A Dataquest’s principal analyst, Tuong Nguyen, has pointed out some issues and not just the need for such refined technology being tricky to achieve. He states “It’s ok to use a tablet or smartphone in public. But many people don’t want to be that guy wearing a Google Glass headset in public”. Despite this point, it is clearly demonstrated by the popularity of these AR elements in apps that people want augmented reality as a part of their technology usage, and the enthusiastic reaction to it would seem to speak for itself.